With another absorbing Cheltenham Festival completed, many top racehorses have paid for their livery costs by winning or placing in one of the 28 races that take place there every year.

The big prize money on offer at this Cotswolds racecourse at Prestbury Park attracts top National Hunt types. Some performances from 2020 are well worth remembering and putting into your notebook for the 2021 Cheltenham Festival, so let’s look at four eye-catching runners.

There was a good deal of fortune behind Burning Victory’s win in the Triumph Hurdle on Cheltenham Gold Cup day. The Willie Mullins trained filly only landed the big Grade 1 race for four-year-olds because of Goshen unseating his rider after the final flight.

Still, nothing can be taken away from Burning Victory. The way she stayed on from off the pace suggests she will in time be even better over further. Handler Mullins loves to dominate the mares’ races at Cheltenham too.

The way in which Burning Victory acquitted herself against most established sorts in the Triumph, and the fact that she has had just two starts since joining her current trainer mean she could make lots of progress. Mares’ Hurdle odds of 18/1 look big each-way value.

A dramatic Supreme Novices’ Hurdle saw Shishkin win by the narrowest of margins, but one of the unlucky horses in-running was Captain Guinness. Henry De Bromhead’s five-year-old is big on potential and talent, but short on experience.

Brought down by a faller when still travelling well enough two out, Captain Guinness is an obvious horse to follow in Ireland during the next jumps season. If making the further progress he is capable of after three career starts and taking to fences, then his Arkle Challenge Trophy odds of 22/1 look huge for the big two-mile novice chase at Cheltenham in 2021.

Highly rated Nicky Henderson trained horse Champ was tipped by Mansion for the Cheltenham Festival and delivered in the three-mile RSA Chase for novices despite being well behind turning for home. The speed and stamina he showed to get up in-between tired Irish rivals was amazing.

If Champ could learn to jump his fences properly, then he would be much shorter than 14/1 for the 2021 Cheltenham Gold Cup. Henderson will be looking at ways of getting his charge to brush up on his technique before we see him in open chases next season.

Winning the competitive staying handicap hurdle that is the Pertemps Network Final in consecutive years under big weights suggests that Sire Du Berlais has a touch of class. Trainer Gordon Elliott should be looking at graded races moving forward for the eight-year-old.

Sire Du Berlais is now rated in the high 150s by the BHA assessor and that handicaps him out of most races. A campaign building to the Stayers’ Hurdle looks the only option for this JP McManus owned horse, and he is a 16/1 shot for the three-mile contest in 2021. 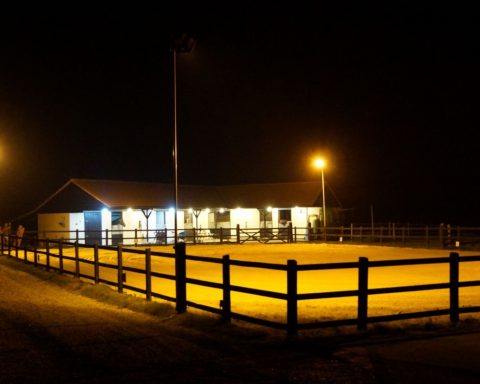 Fab yard. A really good bunch of people, everyone is so friendly and always willing to help if needed. The ... Read more

Best yard, suzy treats all the horses like they are her own, being a small yard the horses are well ... Read more

Great yard, with friendly and supportive atmosphere. My horse is happy and relaxed, and looked after to the highest standards. ... Read more